The Code Of Silence 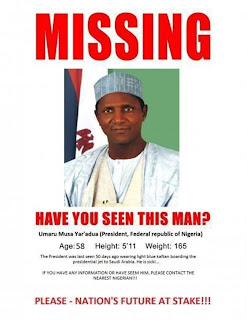 The silence surrounding the state of being of President Umaru Musa Yar'Adua is deafening.

Nobody seems to know exactly what is happening with/to him right now.

Well, they know but nobody wants to get the 'Baba Gana Kingibe' Treatment.

Remember the former Secretary to the Government of the Federation and the circumstance of his sack? He had announced the demise of his principal, only for the man to miraculously wake up a few hours later (after some serious prayers) and sack him - some say with the promptings of the First lady. Understandably.

So here we are again at the same pass. And yet again, we expect a miracle.

But this time, there is a code of silence in force. From the VP, to the Ministers, to the cleaners in Aso rock, the answer to every question is: Let us pray for the President to recover quickly.